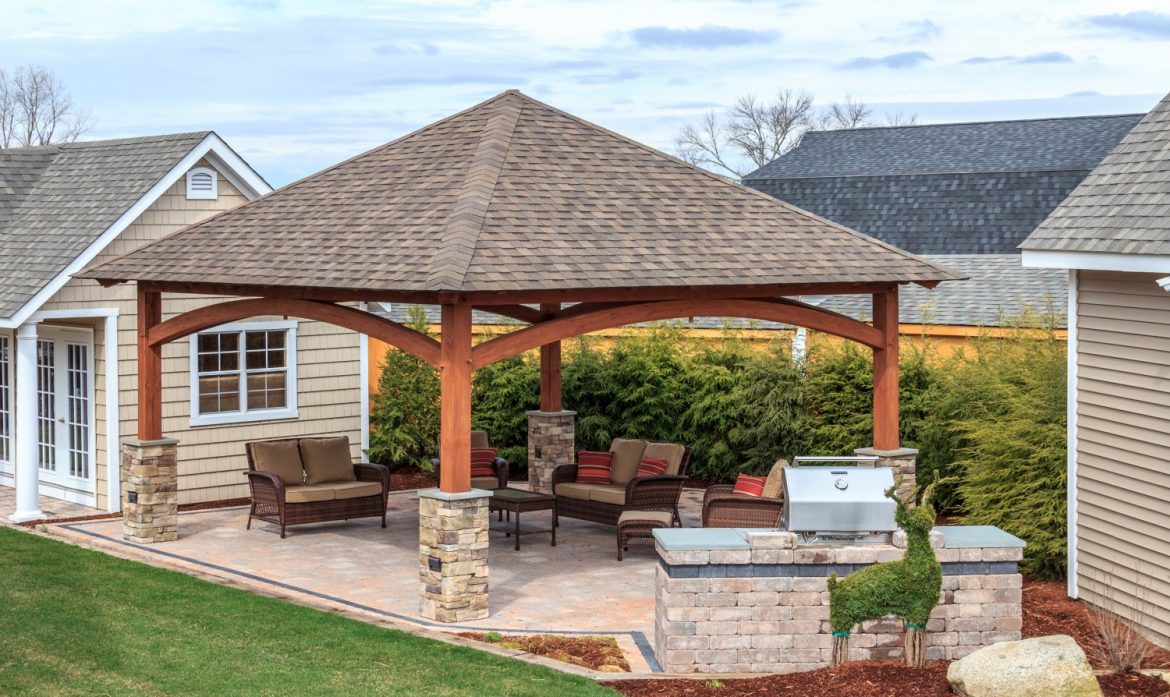 The pavilion is believed to have originated from the Asian culture where it was part of large buildings and palaces. Several pavilions could be constructed on site and connected to the palace or the main building using walkways. In most cases, these walkways would be covered to ensure that people would walk from the pavilion to the main building without being rained on. While there are many places that are notable with the pavilions, some of the well-known places include Red Fort, Topkapi Palace of Istanbul as well as the Forbidden City. Most of the buildings around the world that were designed using the Mughal architecture usually have a pavilion.

It was earlier mentioned that the pavilion has various meanings. Pavilions can, therefore, be compared to a kiosk or a summer house. These two are similar to a small garden that is often found on the outside of major buildings. A pavilion can also be defined as a small room that is located on the roof. However, for a small room on the roof to qualify as a pavilion, it can only be accessed through the roof and not by stairs. The pavilion became popular towards the 18th century. In the Italian culture, the pavilions can be compared to the Italian Casina. They can only be compared to the follies and the temples from the Asian cultures.

Where the pavilions are used for food preparation, they are no longer referred to pavilions but to as a banqueting house. Where it has been designed for viewing purposes, the pavilion changes its name to a gazebo. The pavilions in a park are called bandstands. One of the most notable pavilions today is the Royal Pavilion located in Brighton, United Kingdom. In sports, a pavilion is built to help players take refreshments and even change cloths. This pavilion is common in cricket and usually has a verandah.

Outlook of a pavilion

Pavilions differ in so many ways depending on the purpose they were meant for. For instance, they can differ on profile or on height. On profile, they may be flat yet round. On the same profile, they may be flat and tend to project out. Other areas where the pavilions may differ include material used for construction, color as well as the ornament. They may also be round in shape or even rectangular. In some cases, a pavilion can be used as a hunting lodge.